"The playability of No Mercy and the depth of Fire Pro in the palm of your hand!"

Join the revolution and witness the biggest 3D wrestling on mobiles get BIGGER with each free update as it gradually evolves into the epic universe that Wrestling Revolution is known for! These early releases feature a preset "supercard" of matches and an interactive training process that you can even create your own wrestler for. With matches featuring as many characters as your device can handle, it also requires gaming's first "War Games" style DOUBLE ring to contain the action! And yet the anarchic gameplay where anything can happen remains intact thanks to the uniquely versatile animation system - along with a dozen different camera angles to enjoy the view from (including some affectionate tributes to classic wrestling games from the past!).

BASIC CONTROLS
The game features an interactive tutorial that you are advised to play through, but the basic controls are as follows:
CURSORS = Movement (double-tap to dash)
A = Attack (with a direction to aim high, without to aim low)
G = Grapple
R = Run
P = Pick-Up / Drop (with a direction to throw)
T = Taunt / Pin / Referee duties
EYE = Change focus / Turn opponent around
HEALTH METER = Switch character
CLOCK = Pause / Change camera angle

* This game is also compatible with Android controllers such as NVidia Shield or MOGA Pro ("B" Mode).

EDITOR
Although there's a lack of content at this early stage, you can at least make your own trainee in the editor (please note that it will not be possible to save your changes permanently until the options are finalized):
- Click either side of an option box to change its value.
- When changing costumes, you will notice that changes are automatically inherited top-down and from right to left. If you want to fine tune, you can then move onto the other side.
- It may be necessary to access a body part again before you can change its colour.
- Changes to the character's "Build" will need to be reloaded with the "Update" button before they can be appreciated.
- Hold over the character model to turn them around to see from all angles.

PERFORMANCE
Although every effort has been made to keep performance as high as possible, some devices may benefit from a visit to the Options menu to fine tune the display:
- The number of characters is perhaps the biggest factor so consider turning off referees and setting a limit on the match size.
- If you don't want to sacrifice numbers, you can sacrifice polygons instead and opt for "Basic" character models (no fingers).
- The ropes are surprisingly demanding and you may squeeze in an extra character if you make them "Static".
- Turning off shadows and reducing crowd sprites may also help.

* Please note that Wrestling Revolution (like Fire Pro) depicts a fictitious universe and is not affiliated with any real wrestling shows such as WWE (Wrestlefest), TNA, NJPW, or UFC. And obviously not NFL (Madden), NBA, or FIFA. 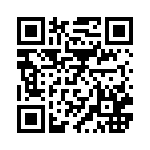