The perfect companion for your next outdoor adventure. Seek, find, record and return home with Handy GPS.
This app is a powerful navigation tool designed for outdoors sports like hiking, bushwalking, mountain biking, kayaking, horse riding and trail riding. Its also useful for surveying, mining, archaeology, and forestry applications. Its simple to use and works even in the remotest back country since it doesn't require network connectivity. It allows you to work in UTM or lat/lon coordinates so you can even use it with your paper maps. Waypoints and track logs recorded in the field can be be viewed later in Google Earth.
This is the "paid up-front" version of the app. There is also a subscription version which costs half the up-front price per year.
BASE FEATURES:
* Shows your current coordinates, altitude, speed, direction of travel, and distance travelled in metric, imperial/US, or nautical units.
* Can store your current location as a waypoint, and record a track log to show where you've been on a map.
* Data can be imported from and exported to Google Earth KML and GPX files.
* Allows manual entry of waypoints in UTM, MGRS and lat/lon coords.
* Can guide you to a waypoint using the "Goto" screen, and optionally sound an alert when when you're getting close.
* Has a compass page which works on devices with magnetic field sensors.
* Automatically computes the local geoid offset to improve altitude accuracy
* Supports the world-wide WGS84 datum along with the common Australian datums and map grids (AGD66, AGD84, AMG, GDA94, and MGA). You can also use WGS84 for NAD83 maps in the US.
* Shows GPS satellite locations and signal strengths graphically.
* Can display simple or MGRS grid references.
* Can compute waypoint-to-waypoint distance and direction.
* Includes an optional timer line to record walk duration and compute your average speed.
* If you have an Android Wear smartwatch, a stand-alone watch version of the app will also be installed.
* Can be used as a replacement for the old "MyTracks" app.
* Thoroughly tested by the developer on many off-track walks
EXTRA FEATURES IN THIS VERSION:
* No ads
* Supports an unlimited number of waypoints and track log points.
* Email or SMS your location to a friend as a clickable Google Map link.
* Email your current waypoints and tracklogs as a KML or GPX file.
* Supports common datums such as NAD83 (US), OSGB36 (UK), NZTM2000 (NZ), SAD69 (South America) and ED50 (Europe), and you can configure your own custom datums, including local grid systems.
* UK grid refs with a two letter prefixes can be shown if the OSGB datum is selected.
* Elevation profile.
* GPS averaging mode.
* Take photos linked via a KML file for easy viewing in Google Earth on a PC.
* Geo-tag photos, and/or have the coordinates "burnt" into the image.
* Show sun rise and set times.
* Export waypoints and tracklogs to a CSV file.
* Create a new waypoint by projecting an existing one using an entered distance and bearing.
* Compute the length, area, and elevation change for the tracklog.
* Offline map support by downloading tiles from map tile servers, or using your own map images.
PERMISSIONS: (1) GPS - to determine your location, (2) Network access - for access to Google Map and OSM tiles, (3) SD card access - to load and store waypoints and tracklogs, (4) Camera access for taking pics, (5) Prevent phone from sleeping so that proximity alarm works, (6) Control flashlight, to allow the flashlight to be turned on/off from within the app, and (7) System settings, to allow the Android Wear app to control the watch screen brightness.
DISCLAIMER: You use this app at your own risk. The developer accepts no responsibility for you getting lost as a result of using this app. Batteries in mobile devices can go flat. An alternate power source is recommended for extended hikes.
See the Coordinate Master app for support for more coordinate systems. Versions of Handy GPS are also available for iPhones and Windows Phones. 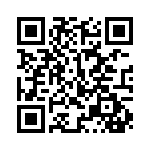