Best physical effects, exactly the same effects as you played on PC! The closest game to the zuma's revenge and luxor!
'Marble Blast - Zodiac Saga [Online]' is a Zuma Style (marble shoot out, match 3) game with norse mythology theme. It is simple but really addictive.
Your target is to eliminate all the marbles before they reach the end of the path and make more Combos, Chains and Gaps to get the highest score.
#Online multiplayer feature needs Google Play Game Service and Google +, please upgrade your Google Play Store and Google+ to latest version.#
How to play:
1. Touch the screen where you want to shoot.
2. Match 3 or more same marbles to eliminate them.
3. Touch the marble emitter will swap the shooting marble.
4. Eliminate marbles continuously by shooting will make Chains.
5. Eliminate marbles continuously by attracting will make Combos.
6. Eliminate distant marbles by shooting by pass through will make Gaps.
7. Make Combos, Chains and Gaps will get higher score. 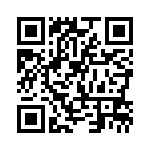