Forged by the Hellfire, the strongest elite weapon Sword of Inferno comes to its unique born!
Come to the battlefield on the back of a dragon holding awesome sword and wearing gorgeous armor, bring endless ashes to enemies!
CWAGAME’s new epic Action RPG with a new design concept which combines actions and touch screen together to reveal the touch screen action game perfectly!
The game is based on a theme of western magic with a suspense storyline and detailed graphics!
The world stage is extremely immense with dozens of different magnificent dungeons. You will travel in the magic world with numerous monsters for you to slay!
As a destined hero, you have to fight against dragons or even ride them!
And you can also build the strongest magic weapons and divine armors.
The players can play 4 roles in the game thanks to multiple characters feature. Each character is designed independently and has clear specialities from appearance to attack mode as well as skills and talents. In addition, a companion can be hired to fight for you in the game. 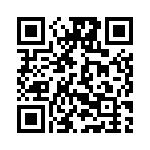