Benjamin has built a spectacular flying machine to take him and his friends around the world.
During one of the first flight sessions something goes wrong. The youngsters have no choice but to parachute themselves to safety.

After an exhausting swim Alex, Paul and Stella end up on a distant island. Barehanded and with no trace of Benjamin. 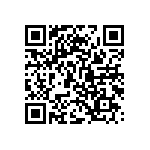