Play the next generation of Endless Runner with a twist of RPG with INFINITE WARRIOR.

In the fantasy world of Infinite Warrior you fight an epic battle against an endless onslaught of bloodthirsty enemies.

Use collected cash to purchase fantastic new weapons and hardy armor to both customize and improve your hero.

Level up your Warrior by completing over 100 quests and be rewarded with highly sought power gems to enchant your equipment pieces.

Call in fearsome dragons to trigger "Head-Start" power-up and find ways to boost your score and best your friends on four different leaderboards while striving to become the ultimate Infinite Warrior! 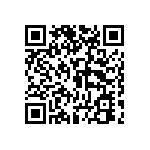