Gang of Wrestlers - knockout your opponent and be the ultimate fighting champion! Fighting ring is waiting for you. Who will be the next champion of this greatest fighting tournament?

ABOUT THE GAME
You and your character are going to go through 3 matches. Your main aim here is stay on the top of the champions list. If you want to win just knockout your opponents, make them to hit the ground.

MAD LEAGUE
Show us your best combination! The greatest tournament of the champions is waiting for you. Are you angry enough to take a challenge of this madness beasts? Strike a decisive blow! Win this beasts battle!

FIGHTING CLASH
There are no special rules to win this championship. Mix of boxing, wrestling, karate and kung fu. This is not a dumb way, but the way of madness to the championship. 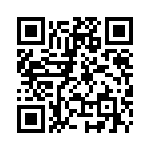