Momonga is a unique pinball game, where you bounce through different worlds. On the way, you team up with friends to defeat enemies and conquer bossfights. A little flying squirrel takes on the forces of evil - join Momo, Panda and Fry in a quest to save the momongas from the claws of the evil owls.

â€œI thought I was going to be turned off by the cloying sweetness of Momonga's visuals, but the level of challenge hooked me.â€
---Kotaku.com

â€œIt's one of those rare games that makes you excited just to see what's around the next corner. Paladin Studios obviously put a lot of heart into making this gorgeous little masterpiece.â€
---JayIsGames.com

â€œMomonga's Pinball Adventures is already a winner. In part for its impressive look, certainly, but the charm and challenge of the game are a big part of what makes it so loveable.â€
---TouchArcade.com (9/10)

â€œMomonga transforms pinball into an entirely new gaming experience that will appeal to veterans and newcomers alike.â€
---PocketGamer.com (9/10)

â€œMomonga Pinball Adventures stands out as one of my favorite pinball games to ever grace the AppStore.â€ ---TheAppShack.com (9/10)

- NOT YOUR AVERAGE PINBALL -

Momonga Pinball Adventures is a different kind of pinball. Instead of regular cabinets, you bounce a flying squirrel through different levels. Enemies, boss fights, exploration - it has all the ingredients of good old action-adventure games, but with flippers :)

One day, evil owls turned the momonga village to ashes. They took the momonga tribe and vanished. Only one momonga got away: young Momo barely survived the attack, and was left for dead. After the raid, Momo was found by a panda in the outskirts of the village. A scar went deep from the top of his head to the tip of his tail. The panda brought him to his sanctuary to heal his wounds.

This is where the story begins. Help Momo face the owls and free his tribe. Only a little flying squirrel can face the forces of evil.

On the continent Aya, animals have lived peacefully since the Great War. The Guardian Council has been formed to protect the Sources, and the world from another War. The Sources are five places of great power, and bring balance to the world when they are in the right hands. Ever since the start of the Great War, the Sources have been contested by the Shadow Species, who claimed the Sources for themselves.

The momongas are a small and peaceful tribe of flying squirrels, living on a group of small islands on the river Yana. They make their homes in the hollow trunks of giant Sequoia trees, and generally get out of the way of trouble.

One day, the village was raided by a group of owl bandits. Their leader, General Kuton, is a renegade general, brilliant in his old days, but torn apart by the loss of his son to the Ravens. The owls took every momonga and disappeared. All except one - the young Momo barely escaped Kutonâ€™s claws. He was saved by Panda, one of the nomadic pandas that roam the continents. He healed Momo and took to a sanctuary up in the mountains.

Our adventure begins here - with a little flying squirrel and a lonely panda. Will they be able to stop the forces of evil?

Buy the app, and itâ€™s yours. No sneaky in-app purchases. No annoying ads. Just a great little game for you to enjoy. We dare you to defeat the end boss! ;-) 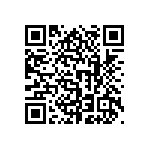