Major Tom and some buddies were on their way to a costume party on Mars. A couple of space-beers later, Tom was left stranded by his astronaut buddies and has to do the â€˜fly of shameâ€™ back to Earth.

Help Tom find his way back to Earth in a mesmerizing yet deadly journey, filled with asteroids, spaceships, lasers, aliens and other obstacles.

Collect gold to unlock the entire exclusive suit collection! Tom can be a baller in a P.I.M.P suit, look presidential in 'The Donald' suit (hair included!) or channel his inner superhero. He might have been abandoned by his friends but damn, he looks good!

Don't forget to pick up fuel, or else Tom might be stuck floating around space forever and will not party anymore!

- 100% ORIGINAL Planet of the Apps' gameplay!
- SUPER FUN & ADDICTIVE Space-floating controls - Easy to learn, fun to master
- Collect gold and unlock Tom's space-suits. Can you get them all?
- Cool and surprising Powerups like shrink juice (whaâ€¦?)
- Try to master tricks like: back flip, 360, 720 flip, and more...
- Compete with your friends and others from around the world in a global leaderboards

One small step for Tom, one major leap for mankind!!!
Download now! It's Free! 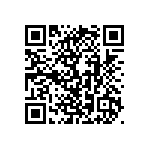