The Spike Bros gang is on the run - jump and dash to avoid the deadly spikes which are poking out of the ground.

Spike Bros is an exclusive gang and this is the hard knocks tale of how you get inducted into the gang.

Once a year the gang meets in Spike Valley to see which new recruits will make the cut. If youâ€™re not as tough as nails, donâ€™t bother showing up!

The challenge pushes all limits and requires you to use all of your senses- only the strong will survive! Spikes randomly pop out of the ground and the goal is to avoid as many as possible or else heads will rollâ€¦

You need one finger and know how to tap in order to play this classic endless runner game! Youâ€™ll get addicted the minute you start to play. 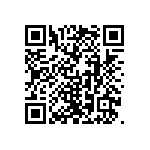