Rules of World War Hero
In the battle of freedom let’s learn the rules of shooting in war ground.
Rules of World War is a first person shooter game with realistic battle arena to fight for survival. Let’s play in the action filled battleground as fearless shooter commando. The game reveals like this; the soldiers will be spread around the dusty dark war arena. Player has to warfare against the enemy troops to defend the line of control of your country. In this last battle royale be cautious of the dangers in your way, keep fighting & shooting with your modern weapons & ammo for survival. Let’s indulge yourself into the realistic world war environment to feel the intense fire shooting at battleground. It’s a battle for freedom; show your warrior skills & tactics in this thriller action packed fps game. Develop the capability to confront in the challenging missions to become the war hero of your country.
If you want to learn the best survival rules then get ready to play this remarkable shooting game. The unknown terrorist squad has devastated your safe zone so it’s call to take your duty & eliminate each of them. To counter & defeat all of them at once throw your explosives in battle arena. You have to protect yourself from rivals assault for survival. Stand behind the cover to aim & target accurately at the enemies.
Features of Rules of World War:
• First Person Shooter game
• Amazing 3D graphics war ground
• Variety of guns to select M1911, MPS, AK47, M4,Shortgun, sniper
• Numerous missions to accomplish
• Easy & smooth controls to shoot
• Astonishing sound effects. 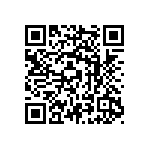