Syobon Action (known as "Cat Mario" or "Neko Mario" is a Jump 'n' Run Game - a parody of Super Mario Bros. Unlike the original, there are traps and nasty peculiarities which make the game more difficult. A simple run and jump is not possible. Skill and a bit of imagination is needed here.

The goal is to beat the game while losing as less lives as possible.

If it's too boring for you, there's an opportunity to play the whole game twice as fast - thank god there's a turbo button! Only if it's runs twice as fast, it makes really fun, right?

With the score table that appears after the first four levels, you see how damn good you were! Well, what's your record? 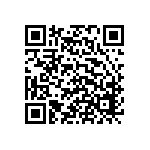