Cyber Knights RPG is a FREE Version -- play as much as you want without ads or limits.

- "android.permission.VIBRATE" is required to provide haptic feedback in combat and on the main map. You can disable vibration in "Options"

- "com.android.vending.CHECK_LICENSE" is required to provide integration with Google Checkout for paid applications and Elite only content.

Warning: This application is still in development and may have many updates.

The year is 2217 and the world is over. Mega-corporatate CEOs provide humanity’s last survivors shelter in vast domes like the New Boston Zone and others.  Across the planet the Neo-Matrix has reunited the scattered survivors and reignited the fires of corporate war.

A global arms race has begun between the remaining corporate super-powers.  Technological dominion and control of the remaining resources are the only things that matter.

In this cold war conflict the elite soldiers are called Cyber Knights. Skilled urban mercenaries they are expendable, deniable and effective. The megacorporations need them to do the dirty work in the dark shadows of the metroplex.

Technology has changed humanity.  No longer merely flesh, many Cyberknights have turned to nano- and cyber- technology to gain an edge and extend their abilities beyond human limits.

Specialize your team in stealth, combat or hacking.

Take control of the mega-corporate landscape with infiltration, battle prowess or be a digital ghost.

Explore a huge persistent world with shops, citizens, contacts, jobs, meetings and danger at every turn.

Featuring a professional soundtrack this epic space opera is a hit with fans of ShadowRun, Cyberpunk, Neuromancer and Blade Runner.

Inspired by such games as ShadowRun for SEGA, Fallout, Fallout Tactics, Silent Storm, Syndicate and CyberLords this game should keep you plotting your next play for urban power!

If you enjoy adventure, tactical RPGs or cyberpunk fantasy with complex depth (such as Fallout or Mass Effect) you may enjoy Cyberknights urban role playing game.

Try our other game: Star Traders RPG is a complex space simulation and turn-based Strategy role playing game. The game is set in a vast, dynamic galaxy torn apart by war, betrayal and commerce. Elite!

Recent changes:
** Please Leave a 5 Star Rating if you enjoy this beta. ** 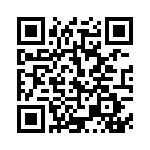