- The most reliable privacy guard and safety shield tunnel for online browsing
- never record your online behavior and will never upload your privacy information
- passed the "DNS Leak" test, can effectively prevent DNS leaks, to provide you with fake IP, hide the real IP
- Encrypts your internet traffic, protect your privacy, and keep you safe from 3rd party tracking for your information security
- Protect data privacy, personal information security and internet security.
- Protect your data from hackers and surveillance when you’re connected to a public WIFI hotspot shield.
- Avoid being snooped or monitored by your ISP or government censorships
- Encrypts data using IPsec(IKEv2), OpenVPN protocols (UDP / TCP), Shadowsocks.
We do not provide BitTorrent and any P2P (pier to pier) service
For policy reason, this service can not be used in China. We apologize for any inconvenience caused. 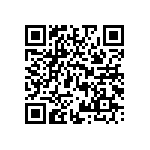