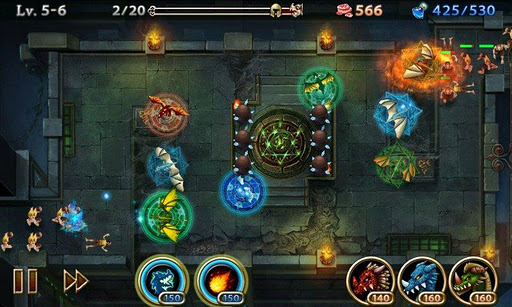 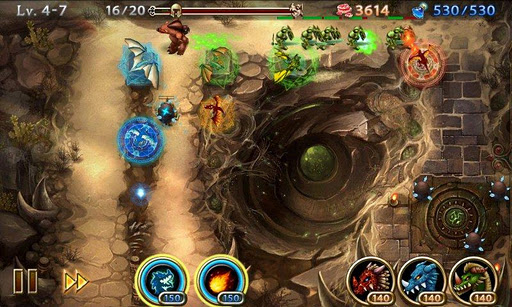 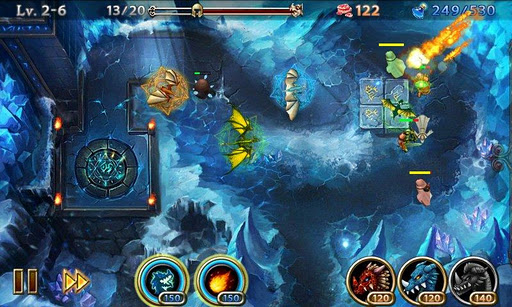 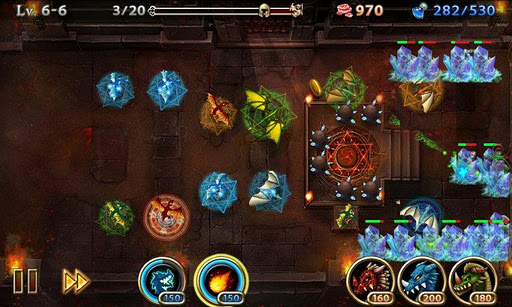 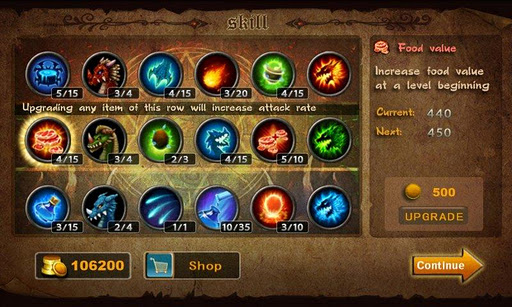 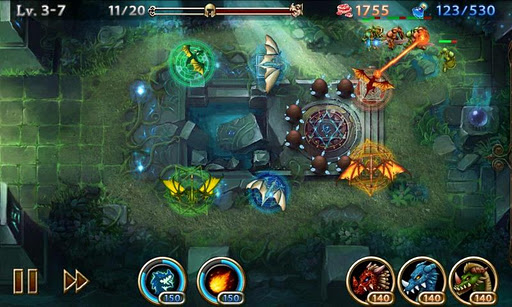 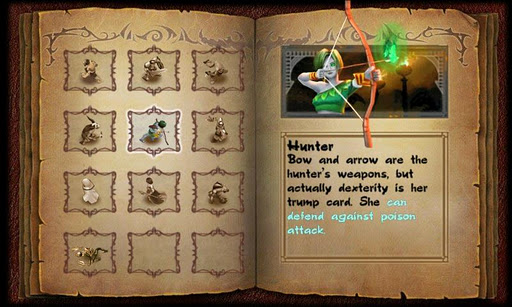 Amazing strategic/arcade tower defense!
Way back in ancient history, when humans and dragons live in peace, the human emperor once heard eating dragon eggs will make one live forever. Since then, the war between humans and dragons has begun. You are the ONE to stop the greedy humans from stealing eggs and killing dragons.
Dragons/Spells:
- Fire Dragon: Defends against invading enemies with fiery power. It is one of the most powerful and ancient creatures.
- Ice Dragon: A heroic defender specializes in ice attack. It can freeze invading enemies.
- Poison Dragon: Defends against invading enemies with poisonous power. Getting too near to it is horribly dangerous.
- You can raise dragon from young to adult and giant. Many special skills are only available for adult/giant dragon.
- Fire rain: special spell that damage an area by fire rain.
- Ice up: A spell that temporarily freeze all enemies.
Enemies:
- Varying from armless peasants to druids, the masters of magic power.
- Thieves move fast and become invisible as they like;
- Mage is immune to fire dragon attacks.
- Priest is the master of healing and prevervation. They can heal themselves quickly.
- ...
Favorite Free Download Mobile