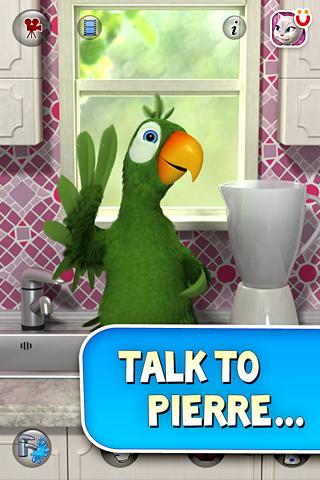 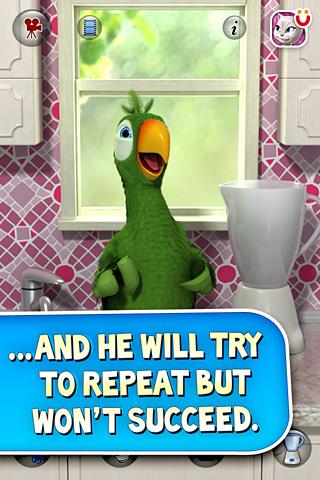 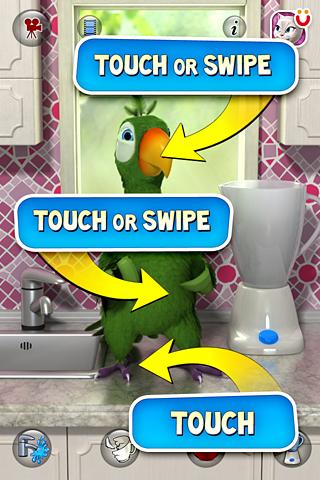 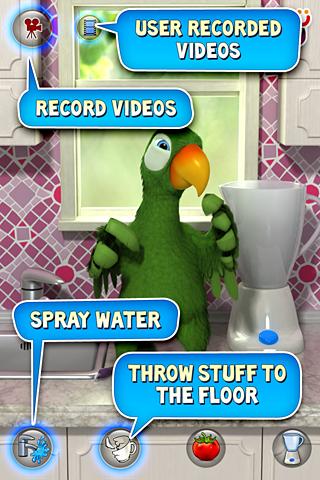 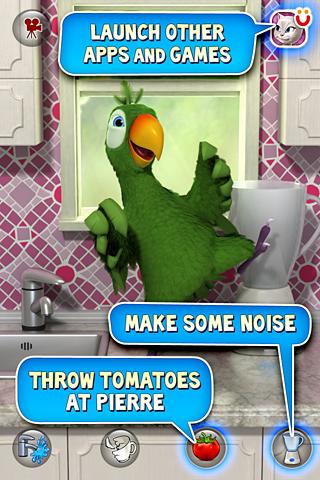 Talk to Pierre, his responses are always unexpected and extremely hilarious.
Talking Pierre is a very energetic and lively parrot, who lives in Talking Tom's kitchen. He's still a teenager and he likes to cause as much noise and destruction as possible. ;-)
PLEASE NOTE: When running the app for the first time you will be required to download additional 4-28 MB to get the best graphics quality for your device.
When you talk to Pierre, he doesn't just repeat your words ... being a parrot, he remembers what you said previously and repeats it later at random.
Thus he combines different parts of your sentences to create new funny ones. Sometimes he repeats just a part more than once and then adds something completely different at the end.
Try talking to Pierre, his responses are always unexpected and extremely hilarious.
★★★ HOW TO PLAY ★★★
✔ Talk to Pierre and he will repeat with a twist. ;-)
✔ Poke him in the head or belly and see what his reaction is.
✔ Poke him in the feet and enjoy his little cowboy dance.
✔ Tickle his head or body to make him happy.
✔ Press the Blender button to switch the blender on. Once the blender is making noise, Pierre cannot hear you anymore.
✔ Press the Tomato button to throw tomatoes at him.
✔ Press the Cracked Teacup button to see him throw stuff to the floor making lovely noise.
✔ Press the Water Faucet button to see Pierre start sprinkling water around the kitchen.
✔ Record videos and upload them to YouTube & Facebook or send them by email or MMS.
★★★ PAID FEATURES ★★★
You have to purchase the paid app:
✔ If you want for a tomato to actually hit Pierre (in the free app he just keeps dodging them).
✔ If you want to see Pierre throw more stuff to the floor.
✔ If you want to see Pierre sprinkling water around the kitchen.
✔ Switch Child Friendly Mode ON in the settings and remove all the places your toddler can get lost in (video recording, info screen etc.).
Favorite Free Download Mobile