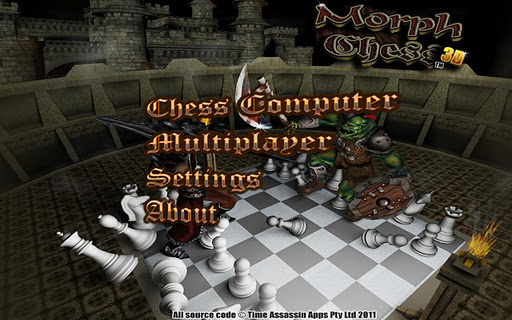 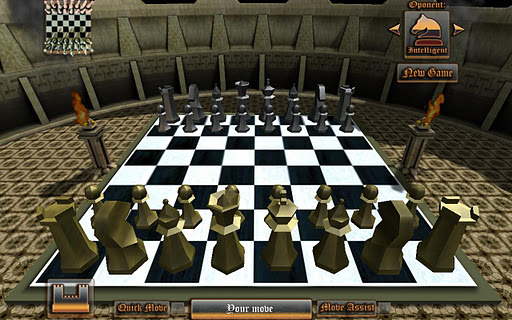 A civilised, strategic and mentally demanding game...enhanced with a battle-axe!
Set in a gothic castle arena, Morph Chess 3D allows you to play chess in a dynamic 3D environment where the pieces morph into characters and battle it out for their captured square.
SINGLE PLAYER: Play 6 varying levels of computer AI, from Beginner all the way past Genius to Ridiculous!
MULTIPLAYER: Play against your friends on one device, with Bluetooth between two devices or over the internet!
Two interchangeable viewpoints allow you to play from overhead or on a 3D angle.
BUT I CAN'T PLAY CHESS! Let Morph Chess 3D's 'Move Assist' show you the possible moves from your selected piece. Anyone can play Morph Chess 3D!
Tried & tested on Android
Brought to you by Time Assassin Apps!
Thank you to all of our customers
Favorite Free Download Mobile